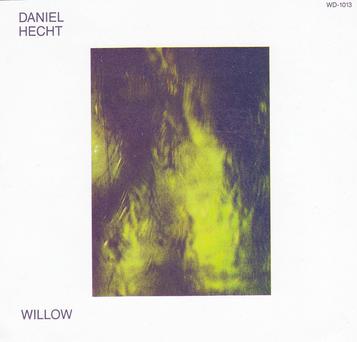 They’re all on this wonderfully re-engineered release by Morning Trip.  I thank the MT folks for their acknowledgement of this piece of regional -- and American Guitar Style -- history.  ​To hear a sample cut, or to order, go to Morning Trip Records -- click here.

To the author's astonishment and gratitude, the album continues to garner lots of media attention.  To view some recent reviews, check out these links:​

Daniel writes: "Morning Trip Records, a wonderful, progressive record label in Toronto, has just re-released my very first album, 'Guitar,' released in 1973 with tunes I wrote when I was in my late teens and early twenties.  It’s now available in LP vinyl and digital download!

"Living in rural Wisconsin, I wrote guitar solos about what I saw: cows, small town life, animals, in tunes like 'The Seymore Volunteer Fire Department' (capturing the essence of fire engines hurrying toward their rescue operation) and 'Demolition Derby' (about the Midwestern county fair event of cars smashing into each other until only one can move). Later, I wrote other tunes, a lot of them hypnotic mantras that I’d play ‘round and ‘round.  My

Willow:  Click on the title boxes below to hear selections from his Willow album, on Windham Hill Records (Sony/BMI).  The guitar on all cuts is the superlative, first-of-its-kind, modified dreadnought built by Ervin Somogyi in 1980.

Daniel Hecht recorded three albums of original compositions for solo guitar (and mixed instrumentals): Guitar, Fireheart/Fireriver, and Willow.  His Willow album, on Windham Hill Records (Sony/BMG) in the United States, was also released on various labels abroad, and individual cuts from the albums appear on many compilation albums and videos.  He performed over 300 concerts throughout the United States, Europe, and China, including two concerts at Carnegie Recital Hall, prior to his retirement from music in 1990.  Daniel owes gratitude to his performing partners, Alex de Grassi, Michael Hedges, Cam Newton, George Winston, John Fahey, Jonathan Winter, and Will Ackerman for some great times. 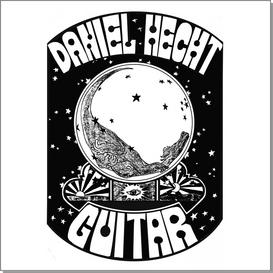 Pedal capo: During his final U.S. tour and a six-week solo tour of China in 1989, he performed a suite for guitar with pedal capo, a device he designed and built

to augment the instrument's tonal, rhythmic, and textural resources.  To see and hear some of the music, click here.